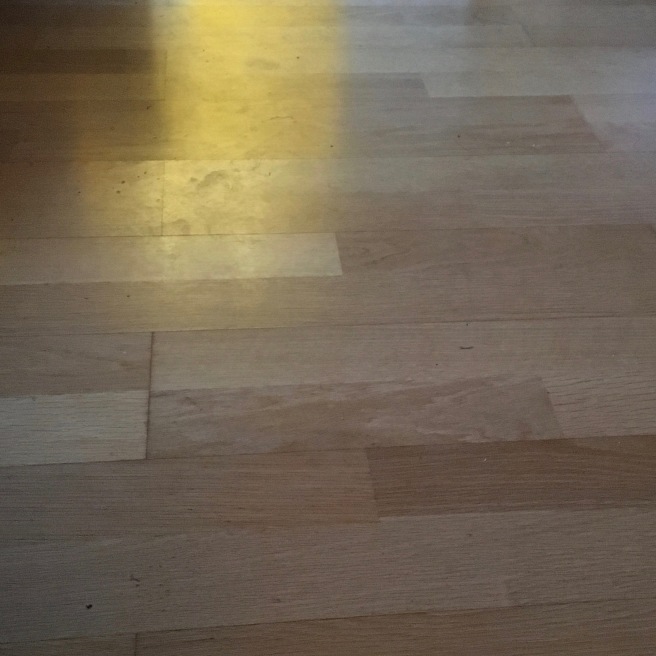 there is an emptiness
my memory cannot fill

the room is quiet, the air is still
you will not cross this floor
nor cast a shadow

but you will meet me in dreams
a tall dark woman with golden eyes
cloaked in velvet, brushed with star-light
you will lead me through the wild world
to the hiding places under trees 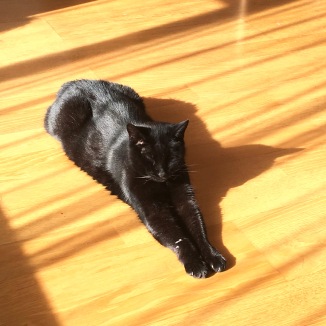 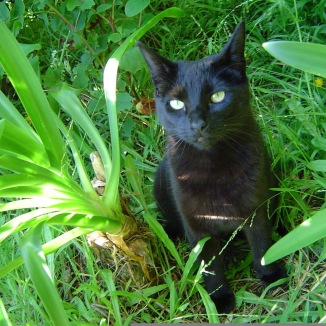 in memory of Frida – my wild gypsy queen – gone to wander among the stars
16 or more years – she came to me as a street-wise, street-child who would not be held,
who would fight for her freedom to roam the wild places
a canny little thing – never once, to my knowledge, in a fight with another cat,
but I did find her watching once or twice
after a year or two of patiently letting her have her way, she walked in one day,
made eye contact, and decided to be more approachable
she loved to be brushed, she’d let her claws be trimmed without a fuss
she had a few health problems – hyperthyroidism, flea allergy, and later kidney problems
she had a love of ice cream I put down to a deprived childhood
during the last night of my handsome Thomas,
she stayed up all night, keeping vigil with me
and after he passed she became closer, snugglier
she’s been by my side constantly these last couple of years while I’ve read and written
my way into a deeper understanding of myself
this little shadow, this feisty willful girl – she deserves to have the best of times
in this new, mysterious chapter of her life