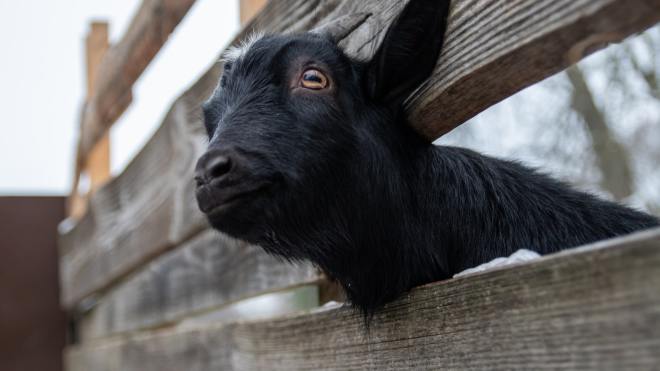 Photo by Sven Hornburg on Unsplash

They say that goats can eat anything…

The other night, I met a goat
black, smooth haired, domestic
and still young.
It was stumbling along the road
scraps of rope tied around its neck and legs
and trailing behind it as it walked.
It told me it had been bound
and had chewed its way free.
It had been bound and at first,
when it was younger,
it thought this was okay.
It thought it was being cared for
and cared about.
But over time,
it realized this wasn’t the case.
It was alone
and the ropes were becoming tighter
as it grew.

It tripped and I reached for it,
lifting its small dark body into my arms.
“I will carry you.
I hope I’m strong enough”.

They say that goats can eat anything.

This goat ate its loneliness and desperation
ate its restraints and limitations
ate its past, chewed its way to freedom.

Another one of my strange dreams, from Wednesday night 18 March 2020.
Its not until some time later, when I’m trying to remember what happened and I start writing, that I begin to make sense of it all.
There’s such a lot of anxiety at the moment, I thought it might be connected to that.
But there’s something else going on. A sense of release, of being in a position to take care of another.
And like a few other dreams I’ve had, I think I am both the “me” in the dream, and the goat.